Upon turning the AKASO Brave 8 Action Camera on, you have to immediately connect it to the AKASO app. If you skip this three times, the camera locks until you complete the process, which wasn’t easy until I discovered the issue. 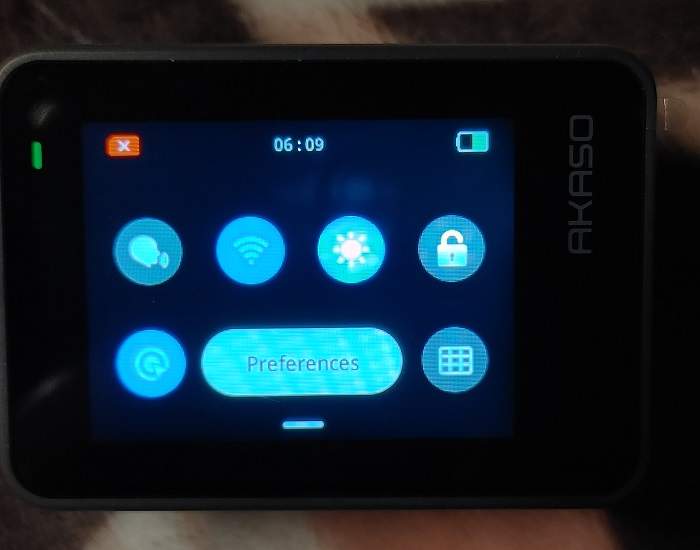 With that issue resolved, I was able to connect easily. But, I immediately had a firmware upgrade. This caused the camera to freeze up and disconnect. The app stated the upgrade had failed. I had to remove the battery before I could restart the camera and start over. The second time I had no issues.

Since pairing with the app wasn’t the easiest thing to do, I also paired the remote, which worked perfectly. 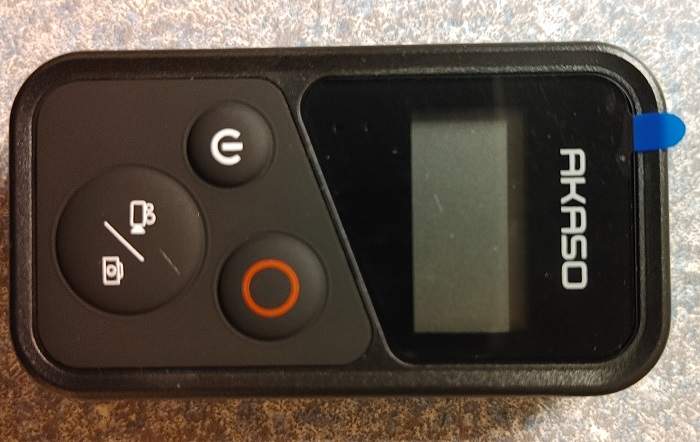 After all that was complete, all I had to do was explore the various menus to get familiar with where everything was. The camera itself has three buttons – Power/Display, Shutter, Mode (switches between video and photo and also front and rear display).

The first step was to test the video performance. Changing the settings is easy enough. A simple swipe and you can edit resolution, frame rate, image steadying, and more. I admit I was excited to try out the SuperSmooth stabilization.

Since it’s the middle of winter, my first test was indoors. At first the video was kind of dark until I turned on the light correction setting. Then, after a second of blurring, the image lightened, even in darker areas of the room. Also, the video stayed fairly smooth throughout even as I walked through the house.

I finally got a warmer day without rain or snow to venture outside. The mic picks up every little sound, so most of the noise in my videos are crunching leaves under my feet. I attached the camera to a ballcap and my belt to test out different variations of movement.

When attached to the cap, the video was a bit smoother. However, I didn’t really notice much of a difference between SuperSmooth and no image stabilization. When I compared this with carrying around my phone, the AKASO Brave 8 video was much smoother. 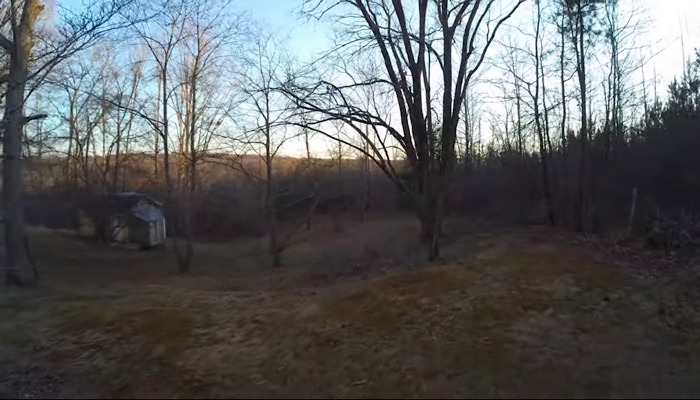 I only ran into two big issues. First, the camera randomly froze up a few times when I first started using it outside. It was warm enough for t-shirts and shorts, so I know it wasn’t a temperature issue. Secondly, the battery life was abysmal. You’re supposed to get up to 90 minutes of 4K video. I’m not sure if that means on one battery or between both.

However, two minutes of video dropped the battery by nearly 30 percent. After shooting several videos and taking five pictures, the battery was down to just 20 percent. That was less than 10 minutes of use. I had the same result with the other battery, so I don’t think it was a battery defect.

Taking photos with the AKASO Brave 8 was a pleasure. It did incredibly well at picking up vivid colors. Actually, both the 12 MP and 48 MP settings resulted in great shots.

I wouldn’t rely too much on zooming all the way in, though. The results are incredibly grainy and somewhat blurry. My phone’s camera (16 MP) did better when zoomed all the way. However, the other zoom options actually did well. You can see the differences below.

Honestly, I recommend just using the remote or buttons on the camera. The app randomly disconnects. If your phone screen locks or you get a text, the app disconnects, and you have to go back through the process of connecting the camera again.

The editing features are nice; however, having to constantly reconnect means it may be better to use a different video/photo editing app instead. I’m not going to lower my rating due to the app since it’s not necessary for using the camera.

Overall, the AKASO Brave 8 was a reliable, well-performing action camera. At the price point, I would expect better battery life and image stabilization. However, it’s still cheaper than it’s more expensive GoPro competition. A plus is you don’t need a waterproof case just to take it out in the rain. And, yes it worked fine in the rain.